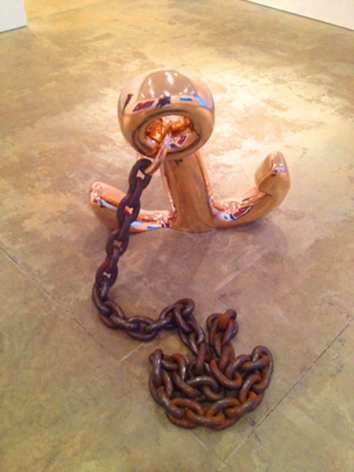 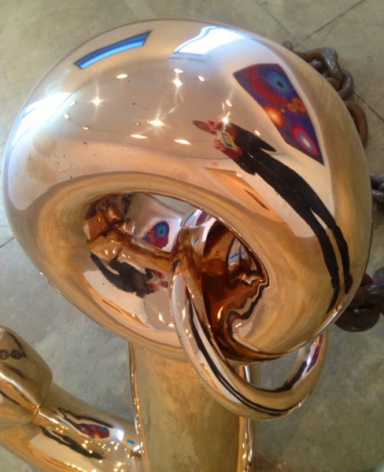 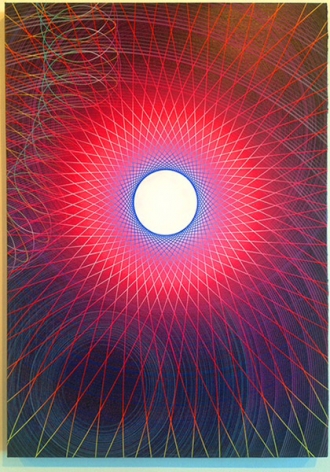 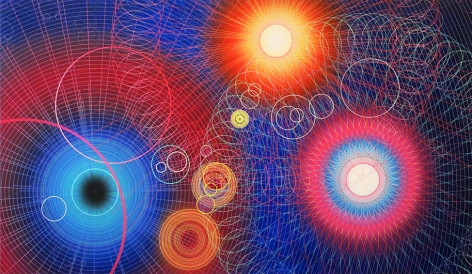 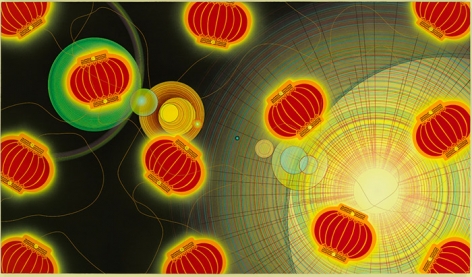 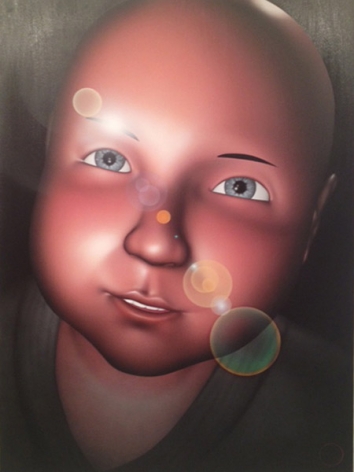 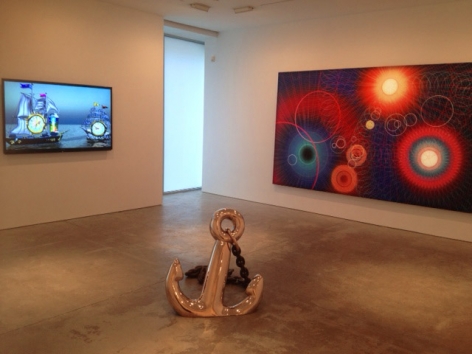 Matthew Weinstein's upcoming exhibition at Sonnabend Gallery, The Celestial Sea, is a further investigation of his use of photorealistic computer animation programs to create films, paintings and sculptures.

An anchor drops down from the sky. It is attached to a chain. A sailor climbs down the chain. By the time he reaches the earth, he has drowned. The Celestial Sea is the sea over our heads, an upside down world; another version of reality. Visual technology is this sea. We visit the virtual and it visits us but to pass through the membrane of reality would be too great a transition for either state to survive; so we maintain a constantly shifting boundary between what is real and what is virtual.

In 'Cruising, 1980,' two ships pass each other on a reflective sea. They flash their lights at each other in a brief interval of mutual attraction and then pass each other by. In 'SCREENPLAY, 2013,' the text for a screenplay scrolls across a monitor. The screenplay is a long monologue, with camera angles, locations and performance notes, in which a woman discusses her experience of the Celestial Sea and her subsequent inability to connect to her former version of reality. The sculpture 'Celestial Sea,' is a giant reflective bronze anchor and chain that looks as if it has just fallen from the sky and crashed into the floor. A series of paintings depict the paths of virtual lights within a 3D computer program as they sweep across virtual space. They are paintings of the substance of the virtual; the medium of the celestial sea. The patterns formed by the virtual lights look like passages from Kandinsky, Kupka, Emma Kunz, and Delaunay suggesting that their visionary forms of abstraction had seen a piece of the future.